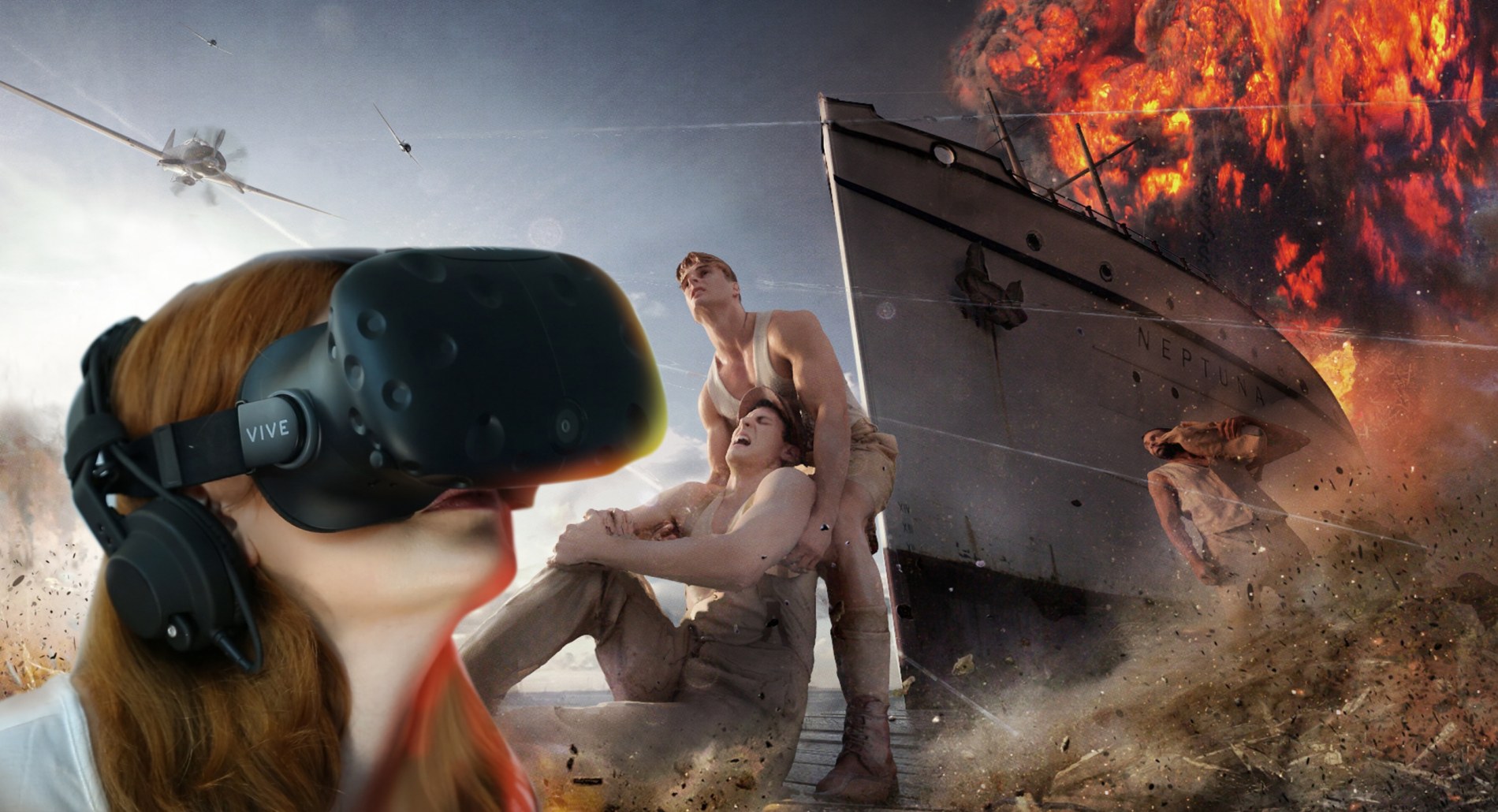 The second iconic story featured is the Bombing of Darwin Harbour.

Relive the drama of the Bombing of Darwin Harbour that rocked Australia in 1942. The bombing of the harbour brought destruction to the city of Darwin, and many of the experiences and stories of what happened that day are learnt through the most modern and exciting technology.

Rear Admiral Etheridge Grant was the Commanding Officer of the USS William B Preston. Grant was not on board the USS William B Preston at the time of the attack and He was blown into the harbour as he attempted to return to his ship and crew, and spent most of the attack in the water, clinging to a large ship’s buoy. The life size hologram of Grant, narrates his own version of events.
The Virtual Reality transports you back to Darwin Harbour of 1942. You are at the original Stokes Hill Wharf, standing on the deck of the Neptuna as it bombed to the point of it exploding and sinking as well as sitting on the wing of an American Kitty Hawk, engaging in a dogfight with the Japanese Zero's. 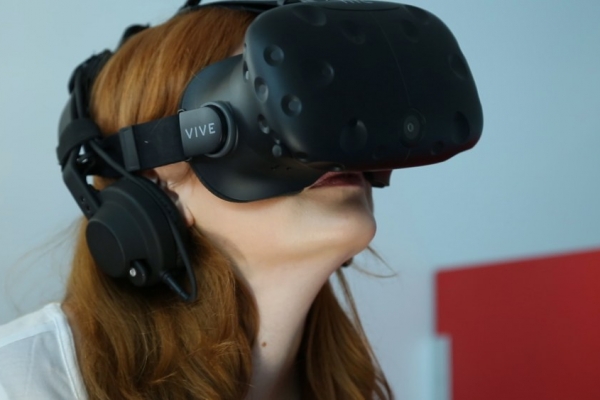 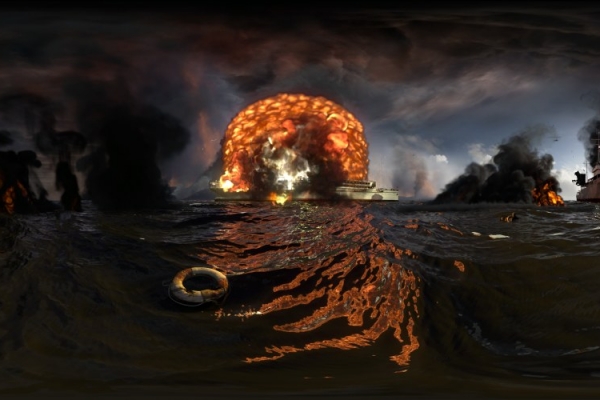 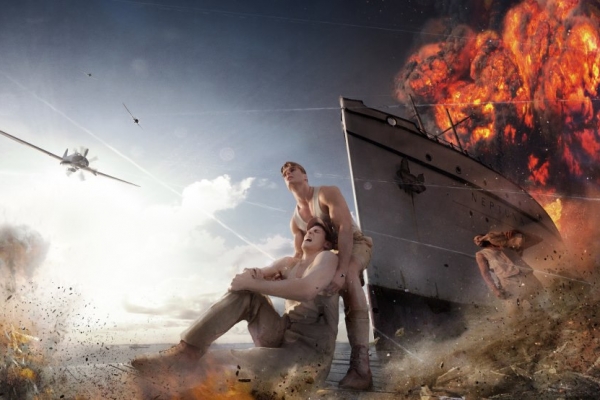 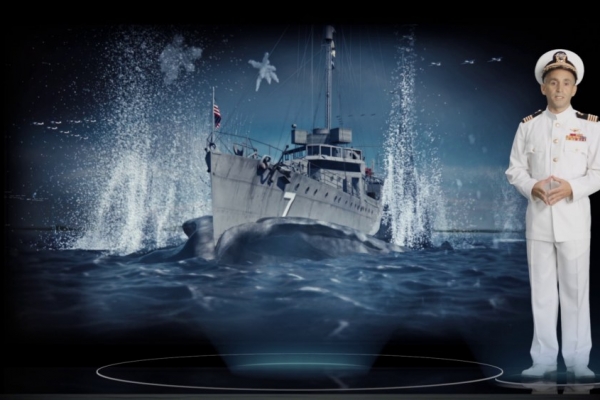 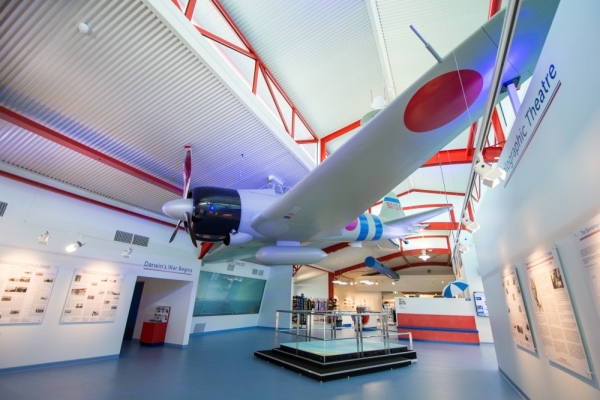 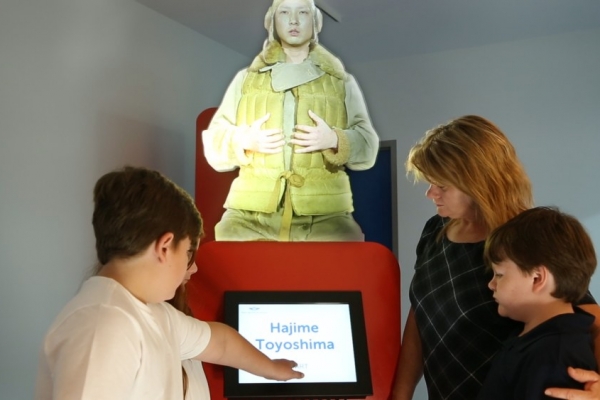 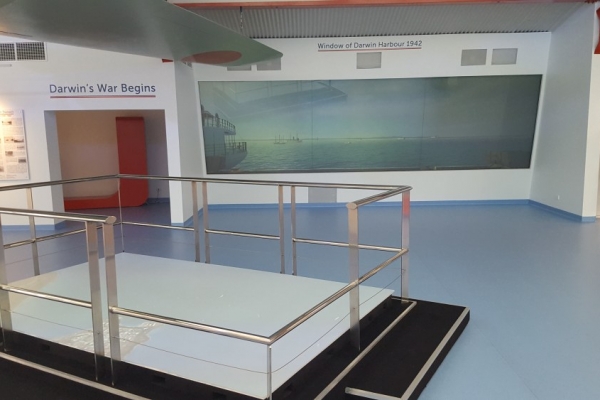 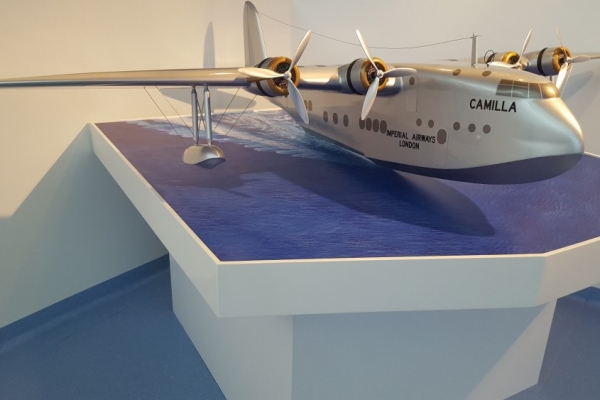 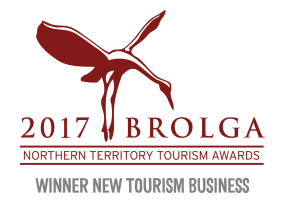